There’s so much confusion about grub control that garden centers will sell a much larger percentage of grub control in the spring than in summer when, logically, it should be the other way around. I’m sure that much of this has to do with the fact that the damage that the grubs do in late summer and fall isn’t visible until the following spring.

The first step is to understand the life cycle of the Japanese Beetle. Let’s start at the beginning. The female Japanese Beetle, after feasting on your beans and rose bushes all summer then lays her eggs into warm sunny areas of healthy grass. The healthiest grass around is probably the sunny areas of your beautiful lawn that you’ve worked on all summer. She won’t lay her egg in the shade since soil temperatures are too low to keep the eggs alive. Each female is capable of laying a couple of hundred eggs. These eggs will all hatch within four days after they’re laid. Are you listening? There are no grubs hatching in the spring. None. They ALL hatch in late August or September.

After the grubs emerge from their eggs in late summer, they must eat and what they eat are the roots of your lawn. They eat and eat and eat and eat until they are the size that you are familiar seeing them when you find them in your garden while you’re planting.

As the soil’s temperature drops in the fall the grubs must burrow down below the frost line to avoid being frozen over winter. Naturally, there is nothing for them to eat down that deep in the soil so they survive on all that body fat that they put on by eating the roots of your lawn.

Finally in spring, the soil’s temperature begins to rise and the grubs (who are ravenous after months in hibernation) burrow their way back to the root zone of your lawn. Now the feast begins all over again. After putting on another round of body fat (compliments of your lawn) they pause and pupate; that is: they form a hard shell and begin the transformation into the adult or beetle stage of their life. They will enter this pupae stage during Early to mid-June. In mid-July the beetles emerge from the soil and the cycle begins again.

If you’ve been paying attention, you’ve realized that by the time you get out there in spring with your grub killer three quarters of the damage the grubs cause has already occurred. This is a classic case of closing the barn doors after the horses have run off. There’s no way we’ll ever convince the Japanese Beetle to change their habits so, we must try to change ours.

What’s the best thing to use? In my opinion it will be one of two products. Either the chemical Imidacloprid which is available at Hewitt’s under the name Bonide Annual Grub Control or the biological control (non-chemical) Milky Spore Disease.

To get your grub control to work, it is imperative that they get watered-in for a couple of hours IMMEDIATELY after application. Simply applying grub control isn’t enough and most folk badly underestimate how much water is need to get you grub control to work. DON’T COUNT ON RAIN TO DO THE JOB! Rainfall is never hard enough to get the chemical off the surface of the soil and down to the roots where the grubs are. You must realize that all grub control chemicals begin to break down as soon as they are out of their bag. Sunlight and air both begin to strip the chemicals of its potency the instant it’s out of the bag. Left on the surface of the soil, it will lose about 33% of its potency every 24 hours. As soon as you put your spreader away after you apply your grub control, get the sprinkler out and soak the area with an inch of water. Use an empty tuna fish or cat food can to measure the inch of water. When your sprinkler has filled the can, you’ve applied the correct amount of water.

Better yet there’s Milky Spore Disease. Milky Spore is a disease that only affects white grubs. It won’t hurt earthworms or even a bird that eats a grub that has the disease. Milky spore needs to be applied two times a year for three years to reach “epidemic” proportions in the soil. After that the grubs that hatch into your lawn will contract the disease then die reproducing the disease and spreading it throughout the soil. Milky Spore is more expensive up front but will last at least 20 years once it takes hold. Not a bad investment really. Over the years it will actually save you money, not to mention the time you won’t need to spend spreading chemicals and running sprinklers. 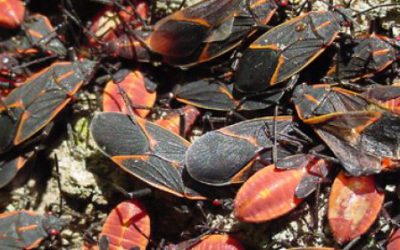 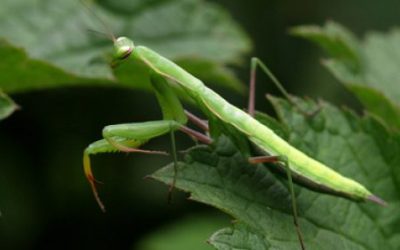 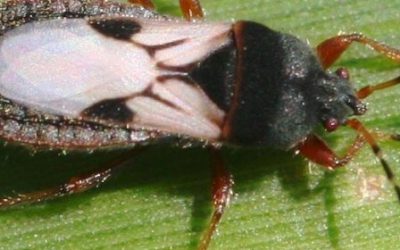